What is most interesting if you visit yogyakarta? Do not worry, I am ready to take you to the most interesting places of interest and some of them are still very natural with the route through the villages and you will see firsthand how the village community during the trip to the tourist sites. 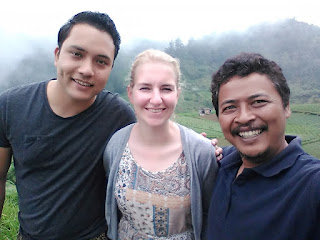 Hay .... I'm Yoyokk, from Yogyakarta, and I can be your help during your tour in Yogyakarta as a driver speaking english and guide. I experienced to organize tours in Yogyakarta and also I can help U to create a program based on the program schedule of your ideas, of course, safety, hospitality is our primary concern.
We offer you several tour packages in Yogyakarta and East Java (Bromo and Ijen Plateau) at an affordable price with our priority is still for the best service. 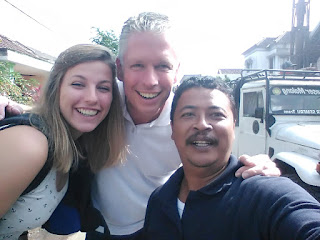 This is a list of recommended places to visit in Yogyakarta and East Java :
1. BOROBUDUR TEMPLE 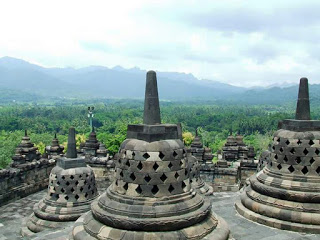 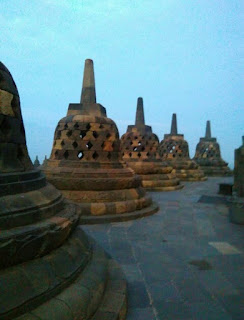 This monument is a model of the universe and built as a sacred place to glorify Buddha as well as serve as a place of pilgrimage to guide mankind from the world of worldly passions to enlightenment and wisdom according to Buddhism.

According to historical evidence, Borobudur was abandoned in the 14th century with the weak influence of Hindu and Buddhist kingdoms in Java and the influx of influences of Islam. The world began to realize the existence of this building since it was invented in 1814 by Sir Thomas Stamford Raffles.

Here I will show you about the relief of Borobudur temple is very fascinating : 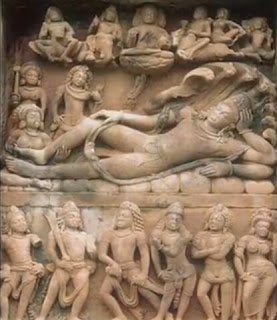 Do not we think how the ancient man could produce this beautiful stone carving? What tool do they use? How long do they do it?

Manohara Hotel Borobudur is the only hotel located near Borobudur temple. From this hotel you can see beautiful sunrise scenery. You can also enjoy the beautiful material rises from the top of Borobudur temple : 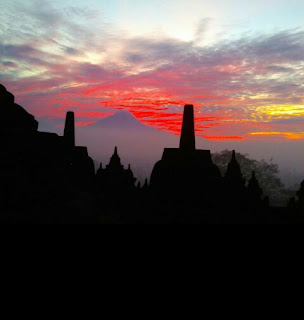 Borobudur is best seen at dawn, when the air is fresh and full of birdsong. As the mist begins to lift, the sun scales the surrounding volcanoes and terraced fields, and highlights the stone reliefs and the many faces of Buddha. Glimpsing Borobudur for the first time is often a deeply felt emotional experience. This tour offers a different experience where participants were given a special pass to enter the monument early in the morning at approximately 04.30 am before public visitors and visitor have to walk from the hotel to Borobudur with a pre-dawn stroll through the dewy grass of a lush tropical garden. A panoramic scenary and a very beautiful morning at Borobudur especially those moments when the sun would appear from the horizon. A truly enlightening experience! 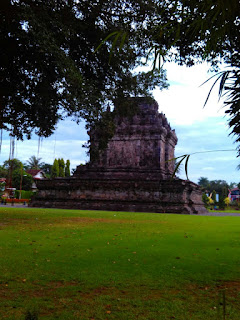 The temple was build around the 9th century and known to be the oldest of two other Buddhist temples, the Pawon and Borobudur. The 26.4 meter tall temple not only has become the centre of Buddhism practices and rituals, but also believed by local Javanese Kejawen as the place to meditate. It is shown by a stone carved image of Hariti as the symbol of fertility and motherhood, that are popular among the locals as the praying site for couples who longs to have children.

Vesak is also known as Buddha’s Day, commemorating the Birth of Prince Siddharta, the Enlightenments when the prince became the Buddha and the Passing of Gautama Buddha. These three important events in the life of Buddha are also known as Tri Suci Waisak. 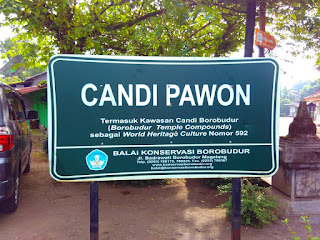 Pawon Temple is not a grave but as a place to keep King Indra's weapon namely Vajranala. Tiny temple 2 km east of Borobudur, contains a Buddha statue. The temple's style and the relief carved on the wall resemble most Javanese Hindu Temple. Pawon Temple is one and half kilometers westward from Mendut Temple and eastward from Borobudur Temple; it is also a Buddhist temple. When appreciating in detail, its sculpture is the beginning of Borobudur sculpture. 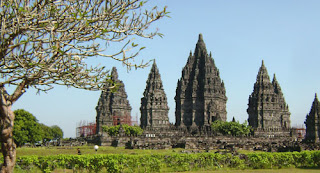 Prambanan Temple Compounds consist of Prambanan Temple (also called Loro Jonggrang), Sewu Temple, Bubrah Temple and Lumbung Temple. Prambanan Temple itself is a complex consisting of 240 temples. All the mentioned temples form the Prambanan Archaeological Park and were built during the heyday of Sailendra’s powerful dynasty in Java in the 8th century AD. These compounds are located on the border between the two provinces of Yogyakarta and Central Java on Java Island.
While Loro Jonggrang, dating from the 9th century, is a brilliant example of Hindu religious bas-reliefs, Sewu, with its four pairs of Dwarapala giant statues, is Indonesia’s largest Buddhist complex including the temples of Lumbung, Bubrah and Asu (Gana temple). The Hindu temples are decorated with reliefs illustrating the Indonesian version of the Ramayana epic which are masterpieces of stone carvings. These are surrounded by hundreds of shrines that have been arranged in three parts showing high levels of stone building technology and architecture from the 8th century AD in Java. With over 500 temples, Prambanan Temple Compounds represents not only an architectural and cultural treasure, but also a standing proof of past religious peaceful cohabitation. 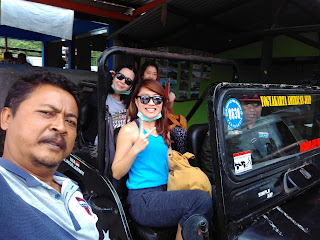 Mt. Merapi (2.968 m dpl, 2006) is one of the most active volcano and the most dangerous in Indonesia. Mt. Merapi erupts 2 to 5 times a year. But after 2006's eruption, Mt. Merapi especially Cangkringan-Sleman, Jogjakarta, become a tourist destination. Merapi Lava Tour using old Jeep Willys in Kaliadem-Sleman , Jogjakarta
Tour package to visit Mbah Maridjan's village around Mt. Merapi and look around Kaliadem village called Merapi Lava Tour.
Following Merapi Lava Tour, We can enjoy the beautiful scenery arount Mt. Merapi which always emit solfatara smoke. Riding old jeep Willys, we can get closer to the peak of Mt. Merapi. We can get about 2 km from the peak of Mt. Merapi.
At least we have to visit 4 location around Mt. Merapi, ie : Mt. Merapi Museum, Kali Adem village or called Kali Gendol, Bunker, and ruins of Mbah Maridjan's house.
To finished and enjoying all destination, here's the tips :
Start the tour in the early morning. The best time to watch Mt. Merapi's peak is about 5 to 8 am in the morning. We can see a beatiful sunrise. And we can get clear sight in the morning before 8 am. 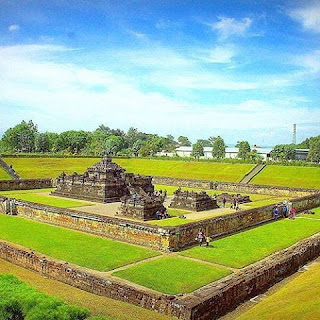 Sambisari Temple was discovered by chance when a farmer working in his paddy field accidentally hit a solid object in the ground with his hoe. Being curious, he dug and had a closer look at the object. He soon realized that it was a carved stone. Following up the discovery, Yogyakarta Archeological Office conducted necessary examination and excavation. In 1966, based on the report, experts concluded that a temple was concealed at the site, under the sand and rock sent by Mount Merapi when it erupted in 1906. The excavation, reconstruction and restoration of the temple finished in 1987. 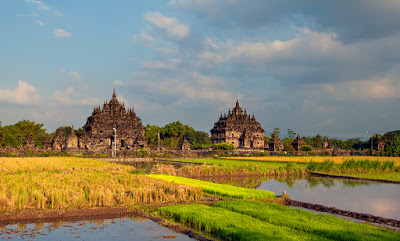 Plaosan Temple is situated in Bugisan Village, Prambanan Sub-district, Klaten District, 1.5 kilometers to the east of Sewu Temple. The temple is an ancient building compound comprising of two building complexes, Plaosan Lor Temple complex (lor is a Javanese word that means north) and Plaosan Kidul Temple complex (kidul is a Javanese word for south). The relief sculptures seen at the compound are fine and detailed, similar to sculptures found at Borobudur, Sewu and Sari Temples. 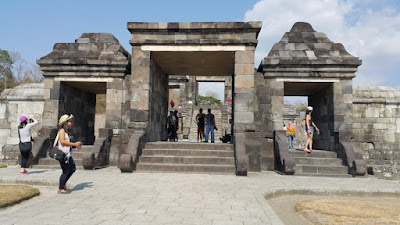 Settled on a hillside plateau, overlooking Prambanan temple complex and with a view to Mount Merapi behind Prambanan Temple complex, lie the remains of a once grand palace. The palace (kraton) is named Ratu Boko after a King Boko of local folklore, but the real owner of the palace is more likely to have been a king of a local dynasty.


Ratu Boko temple is located on a plateau, about three kilometres south of Lara Jonggrang Prambanan temple complex in Yogyakarta Central Java, Indonesia. Grand stone gates, built on two levels, are the largest and most often photographed structures of the site, it is clear that these lead to what was once a settlement, which sets Ratu Boko apart from the other archaeological sites in Central Java which are entirely religious in nature. 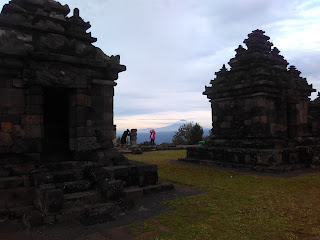 Like Prambanan temple, Ijo temple is built for Hindu gods, Brahma, Wishnu and Siwa. But the size is very much smaller than Prambanan. This temple is built on the ninth century on a hill 410 metres above sea level. Ijo Temple consist of 17 building structures and divided into 11 terraces. The first terrace is the yard to the entrance and on the highest terrace stands the most sacred structure.


What makes this place special is the view that you won’t find in other temples. Standing as the highest temple of Yogyakarta, you can see the vast landscape of Yogyakarta city. Adi Suwarmo International airport also seen from here and you can see planes flying in and out of Yogyakarta. You will understand why it is named Ijo / Green Temple as your surrounding view is all green. The temples itself is standing on green grass that is well maintained. The sun felt much more friendly here, and the wind blows gently. After getting sun-burnt in Prambanan, Ijo temple felt like oasis. No hustling crowd, gentle breeze, and beautiful scenery, take a moment to sit on the grass and enjoy the peacefulness.Let imagination take you back to ninth century where the locals came to pray and sat on the same place as you, enjoying the view. If you are here around 5 pm, wait until sunset. You will get a grand view to close your day. 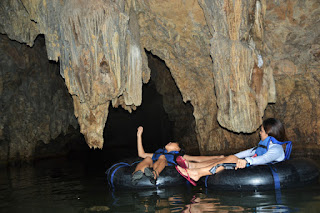 Pindul Cave is a cave formed by karst with underground river located concerning 7 kilometer south of the city center Wonosari, Gunung Kidul. Wading throughout a river using cano/kayak is something common, yet if the stream is located inside a cave, of course it will be a satisfying yet difficult encounter.


Pindul is a cave that becomes part of the team of seven caves with underground river streaming within. It lies in a village called Bejiharjo, Karangmojo as well as it provides the actual feeling of journey. For trip 45 to 60 minutes, site visitors will certainly be welcomed to accompany the river in the darkness of the bowels of the planet with 300 meters size using lifebelt. This is a task integrating physical body rafting and also caving, and later called cave tubes. 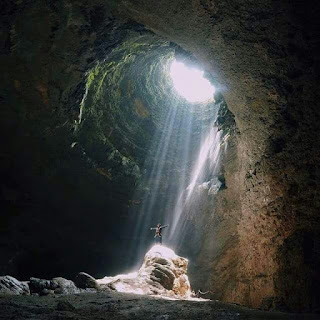 There is so many nature in Indonesia and Jomblang cave one of place that you have to come. Jomblang cave offer you an unique adventure, you will get down by rope and do trekking for 5 - 10 minutes. The cave is so dark so make sure you bring your head lamp and wet so you have prepare extra shirt. At the end of trekking you will see a hole at top of the cave, the hole will shine if there is a sun light. This light will make a beautiful view from the cave, but you have to be patient until the sunlight throught it.


Jomblang is a vertical cave with thick ancient forest inside there. A forest with different vegetation from the land above it. The cave was formed by geological process when the soil and all vegetations on it crumbled some thousands years ago. The vegetations still exist cause of water from Kalisuci river at the bottom of the cave. A 300 meter street with its attractive all-natural accessory will certainly bring you to the edge of Gua Grubug (Grubug Cave), an area where you can see light from paradise.
13. SAND DUNES or SAND BOARDING 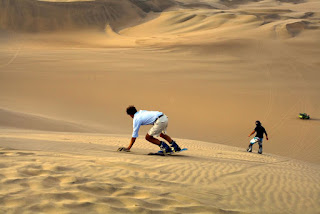 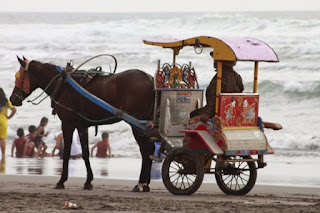 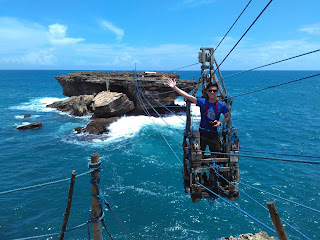 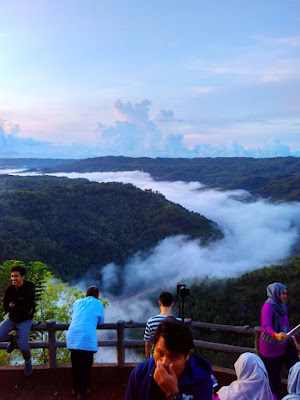 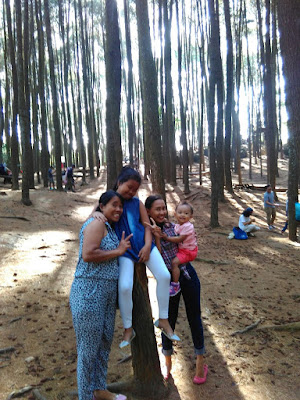 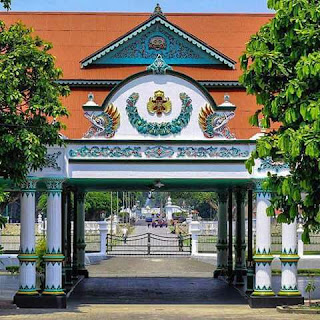 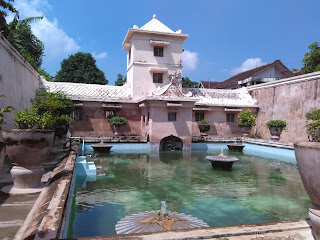 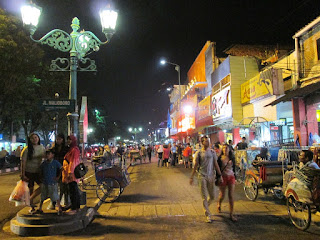 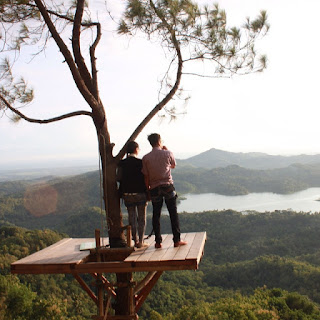 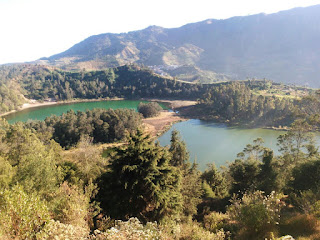 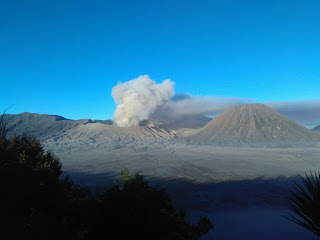 Note :
- We have some of the program depends on how long you will stay here.
- Reprogramming can be on your arrival day (flesibel).